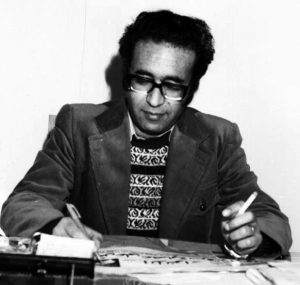 Majed Abu Sharar was a Palestinian thinker, writer and politician who was assassinated in Rome in 1981 while attending a conference in solidarity with the Palestinian people.

Majed Abu Sharar influenced generations of Palestinians through his political insight and avant-garde vision and thoughts. He believed in free speech and the power of media in changing public opinion. As the head of the unified Media Department in the Palestinian Liberation Organization (PLO), he worked towards establishing an up-to-date media department addressing the Palestinian issue in a language that is common to the Western and Eastern audiences alike. His dream may have been cut short but an organization that holds his name will work to carry on the unfinished mission by investing in young men and women in Palestinian camps and gatherings in Lebanon.